Elephanta is a small island that is located about 10 kilometers from the harbor of Mumbai. It is popular for the beautiful cave shrines that was unearthed in the 6th century and is now a popular tourist destination in Mumbai. This is also a world heritage site and the caves had a marvelous carved elephant. Every year, during the month of February or March, the Elephanta Festival, is organized by the Maharashtra Tourism Development Corporation. This 27 year old festival is a 2-3 day cultural extravaganza that offers a tribute to the various legendary classical performers. It is a festival to promote Mumbai tourism and culture where renowned musicians and dancers perform outside the caves of Elephanta before the chosen audience.

Elephanta cave in Mumbai was known as Gharapuri, the abode of Lord Shiva. But it was renamed by the Portuguese after the carved elephant on the island. The dance and music feast is organized every year and it transforms the entire island into a huge auditorium. The temple with large pillars and marvelous sculptured panes set as a wonderful background that is simply awe-inspiring. The changing moods of Lord Shiva are depicted in the sculptures and the light and shade intensifies the overall effect of the Elephanta Festival. 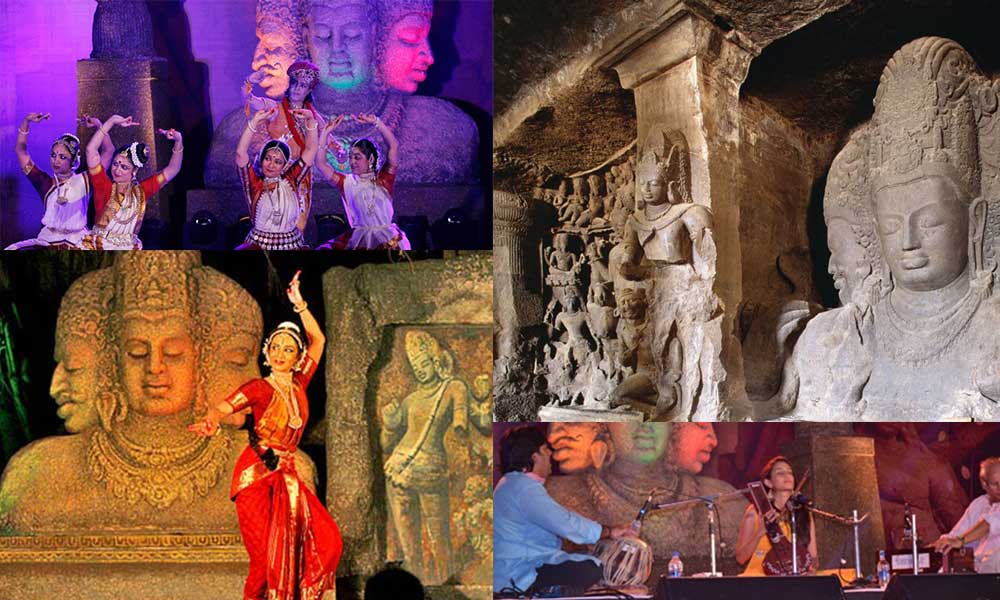 This festival was started in the year 1989 and is about the illuminated Shiva idol that is located in the main cave of the island. During this festival, the idol is lit up at night and this offers an amazing backdrop. The event attracts huge crowd from Mumbai and also from others states of the country and foreign tourists. The entire open space that acts as the auditorium is decorated with lights and the festival begins with a warm welcome that consists of traditional tunes of the native fishermen folk, special performance by eminent artists. The illuminated cave, decorated lights and the delicious traditional food makes the festival an unforgettable experience. 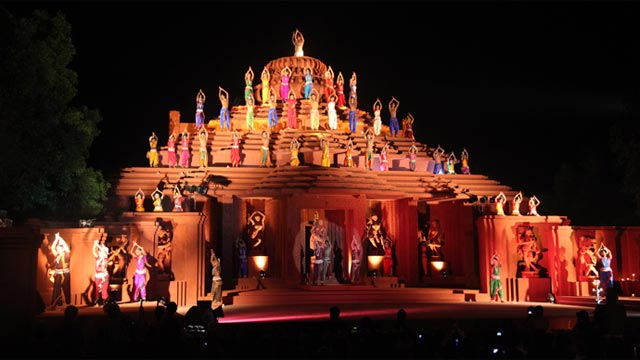 The festival is all about Music and Dance:

Elephanta festival, Maharashtra’s famous festival is conducted to commemorate the heritage of art, dance and sculpture in India.  The event welcomes various performers from all over the country and it has witnessed performances by renowned artists like Pandit Shiv Kumar, Pandit Jasraj, Ustad Zakir Hussain, Hariharan, Hema Malini to name a few. This breathtaking cultural union against the beautiful background is simply magnificent. The evening is filled with live dance and music and it also serves as a platform for well-known musicians and dancers to showcase their talent. The festival also allows local fishermen to present folk dances. Besides these, traditional delicacies are also served at the venue.

Visitors can reach the island through a boat from the Gateway of India, which is about one and a half hour’s journey. At the Gateway, there is also a shehnai program during the festival. The event is indeed a feast for the art and culture lovers.

So, if you are planning to visit Mumbai during this time, then plan it in such a way that you can become a part of this grand event.