How Depression May Affect Women at Different Stages 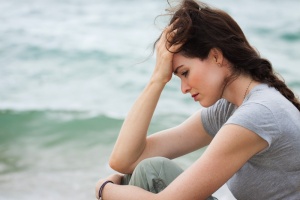 It is true that men are more often related to developing problems with drugs, alcohol, antisocial activities, but this isn’t enough to balance the higher rates of depressive disorders that women often suffer from. Some statistics have captured the evidence that mental illness in women is more than men and there are many stories of real distress that may justify the report. Women play different roles in their life – a daughter, a wife, a mother and so the social stress on her is very high. Women often find it hard to advance in career because of having to juggle multiple roles and trying to maintain the image of a perfectionist at the cost of emotions. They are also more likely to experience sexual abuse during childhood and the trauma may result in a lasting psychological damage. There may be various reasons that can trigger depression in women. Let us discuss how depression can affect women at different stages of life.

Depression may coexist with other illness in women

Depression may often occur with other illness in women and that may be the prime reason, or a consequence or a combination for the condition. The illness may vary from one person to another and in severe cases need to be consulted with a physician and treated. Depression may often co-exist with eating disorders, bulimia, anorexia and etc. Anxiety disorders, social phobia, panic disorders may also accompany depression. Serious medical illness like a heart disease, HIV/AIDS, thyroid problem, diabetes may also make the situation worse. Treating depression, along with the illness can help to overcome both the conditions.

With various hormonal changes and physical changes in the body, both girls and boys may experience depression about the same frequency, but studies have indicated that girls are more likely to experience a higher rate of depression during this stage than boys. The changes during puberty increase the rates of depression in girls and they often continue to feel bad after experiencing difficult situations in life that may lead to depression. Girls are also found to doubt their problem solving abilities and consider their problems to be unsolvable. This insecurity may lead to their having more depressive symptoms. Girls are also exposed to more hardships, poverty, childhood abuse and lack of education compared to boys.

Depression during motherhood and family 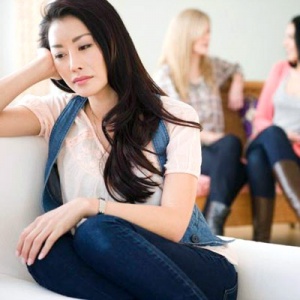 Major life events like pregnancy and motherhood can cause immense stress for some women and they may even have a negative experience like poverty, unemployment, isolation. And this can impact their mental health and well being. Women always offer great support to the family and they take care of family members with a disability or any illness. They remain exposed to such environments for a longer period of time and this may lead to depression and anxiety. Pregnancy and motherhood have also been viewed as periods when women may face psychiatric disorders.

Older women show an increased rate of depression than men as they face the menopause. This post menopausal depression occurs in women having histories of depression. Cases like the death of a spouse or a loved one, work retirement or any chronic illness may also be the reason behind depression. Older adults are less willing to discuss their sadness and this may slowly result to depression.

For any symptoms that are severe, it is always good to consult a physician. Support from the family and friends can provide relief to the person and greatly improve the condition.