Mahashivratri: A Ritual of Day And Night Fast To Appease Lord Shiva

India is a land of various traditions and culture and it is said that the country celebrates 365 festivals in a year. In simple words, people of India simply need an excuse to celebrate their day and every festival is dedicated to a special event, be it historical, harvesting, planting, reaping or celebrating a special event. Mahashivratri is an important festival of the Hindus and is devoted to Lord Shiva. The event is observed on the 13th night and 14th day in the Krishna Paksha of the month of Phalguna or Maagh of the Hindu calendar. Among all the Shivaratri puja that occur in the calendar year, Mahashivaratri is of the most spiritual significance. 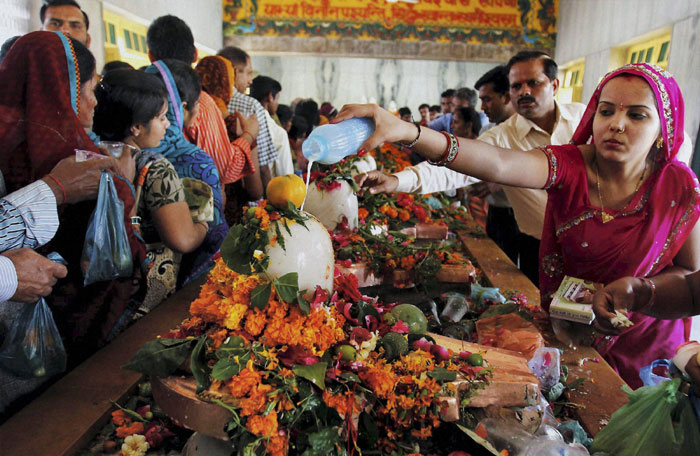 The History of the festival:

According to Hindu mythology, various stories are associated with the celebration of Mahashivaratri festival and in a version the devotees believe that it is auspicious as it marks the marriage ceremony of Parvati and Lord Shiva. However, some others also believe that it is the day when Lord Shiva performed the Tandava, which lead to the creation, conservation and devastation of the entire universe. It is also said that during the mythical churning of the ocean i.e. Samudra Manthan, a pot of poison came out of the ocean that could destroy the world. All the gods and demons ran to Shiva for help and he drank the poison and held it in his throat without swallowing it. This turned his throat blue and Shivratri is an occasion that celebrates the event when the world was saved by Shiva.

A festival for woman: 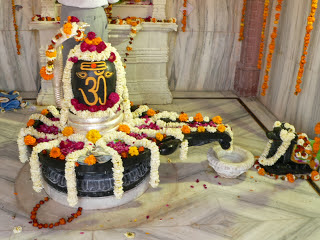 Shivaratri is especially celebrated by women who pray for the well-being of their husbands and unmarried girls pray for an ideal husband like Shiva. Not only women, but also men keep a fast and it is considered that anyone who utters the name of the Lord is freed from sins and liberated from the cycle of birth and death.

The Tradition and Ritual:

There are various rituals associated with the Shivratri festival and the devotees spend the entire day in mediations and also keep a fast in honor or the Lord. Devotes wake up early in the morning and take a bath and wear new clothes. Few may remain on a diet of milk and fruits, but some do not even consume a drop of water throughout the day. The temples are decorated with flowers and the Shiva Linga is bathed with honey, milk and water and the devotees offer fruits, bel leaves and some other foods.

The Shivratri puja continues all through the day and the night and the priest performs the puja every three hours by chanting mantras and ringing the temple bells. Devotees sing hymns and mantras, especially “OM NAMAY SHIVAYA” and also perform a yagya while offering ghee and grains into the flames. After the whole day of fasting and meditating, devotees keep awake to listen to stories during the night. The fast is broken the next morning after performing the puja for the whole night. Large processions are also observed throughout the city and people spread the essence of the festival with great excitement.