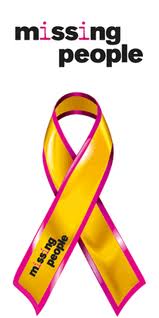 The International Centre for Missing and Exploited Children created a Global Missing Children’s Network with database, featuring the photographs and information about the missing children from around the world.  As a part of this network, 25TH May has been marked as the International Missing Children’s Day (IMCD). The network served as an effective tool in recovering missing children through which 22 countries across 5 continents put their efforts to safeguard child from missing and recovering the already missing children.

International missing children’s day is an initiative to raise awareness about the phenomenon of missing children across the globe. The day is dedicated to commemorate the children who were recovered, and to those who are still missing. This particular day is an effort to encourage people all over, to spread the message of hope for those who have yet not recovered their child.

Children go missing every year and their status as alive or dead can’t be confirmed. They disappear, some taken by people who were most trustworthy, while others are abducted by strangers.  To understand the seriousness of the problem, let’s go through some of the astonishing facts:

According to data from National Crime Records Bureau, a child goes missing every 8 minutes in India and 40 % of them have never been found.

According to the National Center for Missing & Exploited Children, more than 700,000 children go missing annually in United States, which means a child goes missing every 40 seconds.

These data shows the importance of the international missing day and also how essential it is to draw people’s attention to this globally affecting problem.

Why is there a need for IMCD and how does it matters?

Children missing all over the world is a complex problem and is a cry for help. They may run away from home, may be abducted by their most trusted people or a third party or they may be lost. These children are being exploited and abused both mentally and physically.

Losing a child, so attached to the parents is a mixed experience of anger, frustration and grief. This is the time when they need a message of hope and solidarity which is the purpose of IMCD. This special day encourages people around the world to think about the children missing and is also a reflection about the prevention strategies to save the children from missing and being exploited.

What you can do?

Parents’ children relationship is a unique and one of the most valuable relationships, where you need to be protective about them. You need to make them realise that they are loved and they need to love themselves IMCD is an initiative to let this happen.