Chatursen helped in solving Savita’s murder case by providing some important information. He had ha habit of noting the exact time of any strange, and unusual happening or event in his diary.

He used to record the time in a particular manner such as: If it was five minutes past six, he would record it in the diary as 6:05. Or, when it was 40 minutes past three, it would be recorded as 3:40. 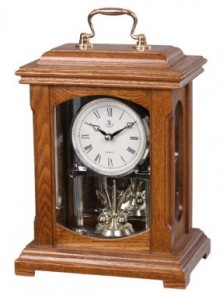 On the day of the murder, he did the same. As soon as he saw two masked men entering a neighbouring house, he noted down the time. Two minutes later he heard six shots.

Later, he came to know that the two masked men had come to loot the house and when Savita tried to stop them, one of them shot 6 bullets on her and emptied the revolver.

The time noted by Chatursen would represent a figure in a complete square if the ‘point’ between hours and minutes were removed.

Another interesting thing was observed that had the reflection in the mirror of that particular time been noted and the decimal point removed, the figure would have represented two complete squares by the addition of 8 to it or subtracting 15 from it.

From the above, can you tell when the first bullet was fired?

Scroll down for the answer: