Why was the Eiffel Tower Built?

Alexandre Gustave Eiffel, a well-known French bridge engineer of the nineteenth century, was the inspiration behind whom the Eiffel tower has been named. In 1889, the French Government arranged an international trade exhibition to honor the French Revolution, which was called the Centennial Exposition. Gustave Eiffel was the engineer who was appointed for the designing and construction of a symbolic tower made of iron and steel. The result of his efforts was the famous Eiffel Tower. The structure is around 322 metres (1,060 feet) in height with a T.V transmission aerial on the top. For many decades, it was regarded as the tallest structure on earth. 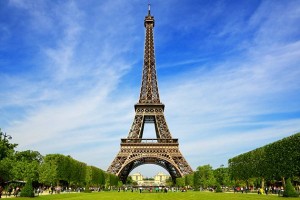 At the present time also, the Eiffel Tower remains as one of the most celebrated landmarks in the world and represents Paris, just as the Taj Mahal represents Agra. Eiffel Tower has many floors out of which the first floor has a restaurant. The top floor offers a simply magnificent view to the spectators.
This Tower was constructed in a record time of only two years, two months and two days and was finished on March 31, 1889. A small labour force was employed to build this tower by using highly advanced technology based on the behavior of the metal arch and metal truss underloading. This construction led to a revolution in civil engineering and architectural design.
The Tower’s base dwells in two acres of land and consists of four semi-circular arches. With 1,792 steps, the Tower also has elevators for moving up and down. The weight of this structure is 7,000 tons. A popular attraction amongst the tourists, Eiffel Tower gives a bird’s eye-view of up to 75 km from the top.