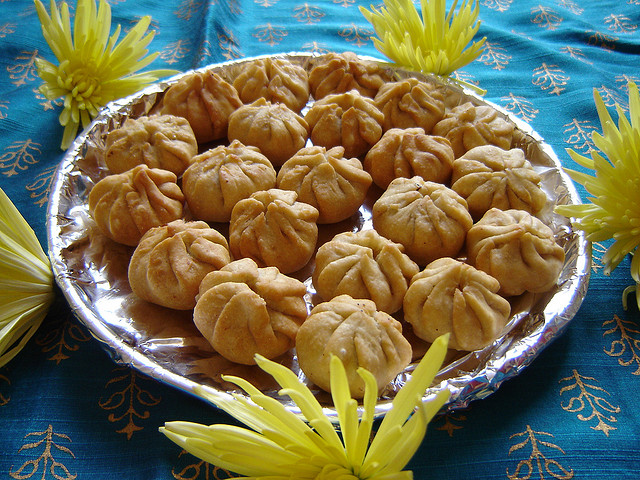 Modak is a sweet dumpling which is very much popular in Maharastra and other part of India too. It has several names in several places like in Marathi called Modak, in Gujrati named as Konkani, in Kannada it is called Modhaka, in Telugu named Kudumu and many more. Modak can be steamed or fried and the filling inside may be with different items.It has a special importance in the worship of Hindu god Ganesha.