Sibling Rivalry – How To Deal With It?

If you have got kids, you might have had enough situations where the competition between them just can’t get enough of you! At times this turns out to be a heated situation in the family and drains out all the peace and calm. As a matter of fact, if not handled well in time, sibling rivalry may also lead to verbal and physical abuse, and knowingly or unknowingly may hamper the meek child’s overall personality development – turning them into unconfident and timid individuals as they grow.

As a parent it might get really difficult for you to handle your kids and stop them from fighting. But can you really do it? Can you stop your children to spend time together? Well, not really! But you can teach them the art to live peacefully, devoid of fights, arguments, squabbles, and the rest.

However, before you do this you need to understand that the sibling bond is often complicated and is quite intense when your children are very close in age. Sibling rivalry becomes all the more prominent when your kids are of the same gender.

Mother’s Zone helps you understand what are the causes associated with sibling rivalry and how can you encourage your children to maintain a lifelong healthy bond with each other.

What are the causes?

Competition – One of the prime factors or causes of rivalry between siblings is the feeling of competition. Kids often compete with each other for their parents’ love, respect and appreciation in front of others. 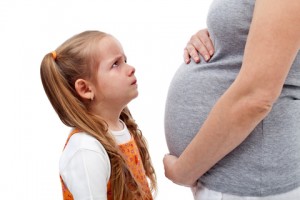 Birth of a new-born baby – Needless to say, the moment children understand that their parents will now have to take care of a little one, who is a part of the family, they tend to feel isolated and irritated. This leads to sibling rivalry even at a tender age, and makes it difficult for parents to handle issues while taking care of the new-born baby, making things all the more problematic.

Low frustration tolerance – Every kid has different tolerance level. There are kids who do not get easily frustrated, and then there are kids who get frustrated just at a prick! Such children usually fight to gain control during any situation and may be unaware of how to treat others without having any antipathy in their minds.

Feeling of inequality – Kids often feel that they are getting unequal amounts of love, attention, and care from their parents, leading to fights with the ones they think are on the receiving end.

Poor conflict handling – Parents who find it difficult to handle conflicts between the family may set a negative example amongst their kids. When there is no understanding that fighting is unacceptable as a way to deal with conflicts, kids end up with fights more often than not.

Factors affecting the bond between siblings

Find out ways to stop the fights

Kids bound to fight, tease and argue with each other. However, dealing with these squabbles in a positive way is what a parent’s role actually is. The idea is to help your kids get along well with each other, by making them understand that the love you have for them is all equal.

Here are a few tips that you can try to deal with sibling rivalry and stop the fights between your kids:

Understand that every child is different, and so are their needs – You, as a parent, have to understand that no two children can be the same, and thus, can’t act or react in the same manner. Thus, it is your responsibility to avoid favouritism and focus on the growth of all the kids in an unbiased manner. Find out the unique emotional needs of every kid and fulfil them.

Avoid participating in the battles – Whenever it comes to resolving the fights, make sure that your children settle their differences on their own. Listen to both the sides but do not favour anyone in the squabble, particularly the wrong doer.

Fix the basic rules – It is highly important for you to set the fundamentals right in place. Your children should be able to differentiate between acceptable and unacceptable behaviour. When they will be aware of what is acceptable, the chances of misbehaviour will get reduced to a great extent.

Avoid making comparisons – Comparisons are the termites of any relationship and so is true for your kids and your relationship with them. Never ever compare one child’s ability to do a certain thing with the ability of other kid. This can lead to hurt and insecurity. Whenever you praise one of your kids, make sure that you praise the action or achievement, and not compare the act with what the other kid does.

Encourage good behaviour & give rewards for the same – Whenever you see your children spending time with each other peacefully and working as a team, be sure to praise them. You can even reward them with a family outing or gifting them their favourite toys!

Your role as a parent is to foster the relationship between your kids. Teach them about the importance of family and how every member in the family is equally important and loving for everybody. Understand your kids’ needs and set up the ground rules to resolve conflicts amicably. Let them know how resolving conflicts peacefully will help them later in their lives.