Kerala is often described as a land of festivals that fall across the year. Most of them celebrated in this state are either related to their culture or tradition or is considered to be a harvest festival. Whether religious or traditional, social or modern, the festivals of Kerala are never complete without new attire or sumptuous feast. With Onam being the national festival of Kerala, there are also other events dedicated the Goddess and these are also celebrated with extreme jubilation. All the occasions celebrated in this state are characterized by vibrant dance and music, elaborate processions that include people and elephants and amazing fireworks. There are utsavs held at Hindu temples and even some Christian and Muslim events are celebrated with great enthusiasm. 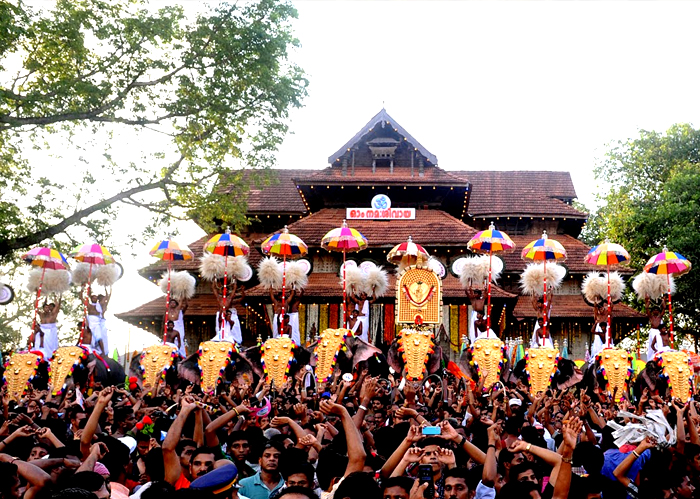 Pariyanampetta Pooram Kuttakulam is a seven day festival that is held at the Pariyanampetta Bhagavathy Temple in Palakkad district of Kerala. This district of Palakkad is called as “God’s own country” and it is celebrated every year and is loaded with various forms of art and entertainment. This Bhagavathy temple is dedicated to the residing deity of the temple, Goddess Bhagavathy, the goddess of 14 Desams. The temple is one of the biggest temples of devi of ValluvanadDesa.

This festival of Kerala is marked with various traditional folk and classical musical performances. It includes Pootham, Thira, Kaalavela, Chakyarkoothu, Kathakali, Tholpavakoothu and etc. according to history, the Sakthan Thampuran, the ruler of Kochi, introduced this major festival during his reign in 1775- 1790 AD. According to the Malayalam calendar, the Pooram day falls on the 7th month of Kumbam and is around the second week of February.

At the Pariyanampetta Temple, the deity or Mother Goddess is worshipped and the major attraction of the celebration is the Kalamezhuthu Pattu. This is a colorful ritual where the images of the Goddesses are drawn on the floor by using various colored powders that are naturally derived. Religious and folk arts like the Kuthiravela or horse motif and the Kaalavela or the bull motif are displayed. When the celebration is accompanied by traditional songs, these images invoke a sense of awe among the disciples and believers present. 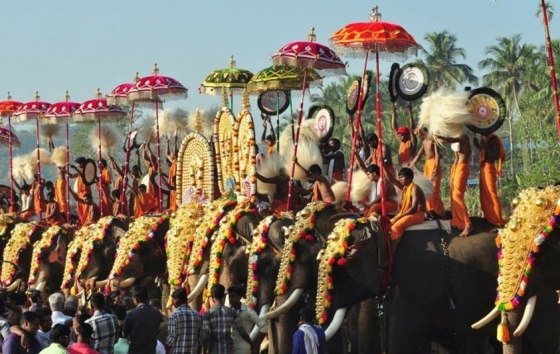 A cultural celebration is also organized during the occasion where various dance forms of Kerala are performed and the ancient folk art Tholpavakoothy, a shadow puppetry is also organized at night on all days. The last day of the festival observes a ceremonial procession of 21 elephants and these grand giants are made to march on the streets, while thousands of spectators gather to watch them and seek blessing from them since elephants are considered to be holy in Kerala.

This festival is full of show and art and is a fascinating event for the tourists visiting Kerala. It is during this celebration that visitors from all over the country can get to see the art and culture of the land through various performances that are combinations of ritual songs, dances and amazing presentations of art forms that exhibit the rich cultural heritage of the state of Kerala.

Pariyanampetta Pooram Kuttakulam is a 7 day long festival that is performed to worship the deity of Bhagavathi in the Pariyanampetta temple. The festival represents the rich culture and tradition of Kerala through traditional musical and dance performances.