Bikaner Camel Festival: An Event Dedicated To the Ship of the Desert

Rajasthan is a land where history, culture, architecture and art blend perfectly. With a wide variety of festivals, it shows the rich cultural and colorful life of the land. It is here where joys know no boundaries and people from all over the world travel to this land to enjoy the real flavors of the state.

Among the various festivals, the Camel Festival is one of the most popular festivals that are held at Bikaner. This annual event is organized by the Department of Tourism of the Rajasthan Government and is an ideal event for those willing to witness the land in its full colorful glory. 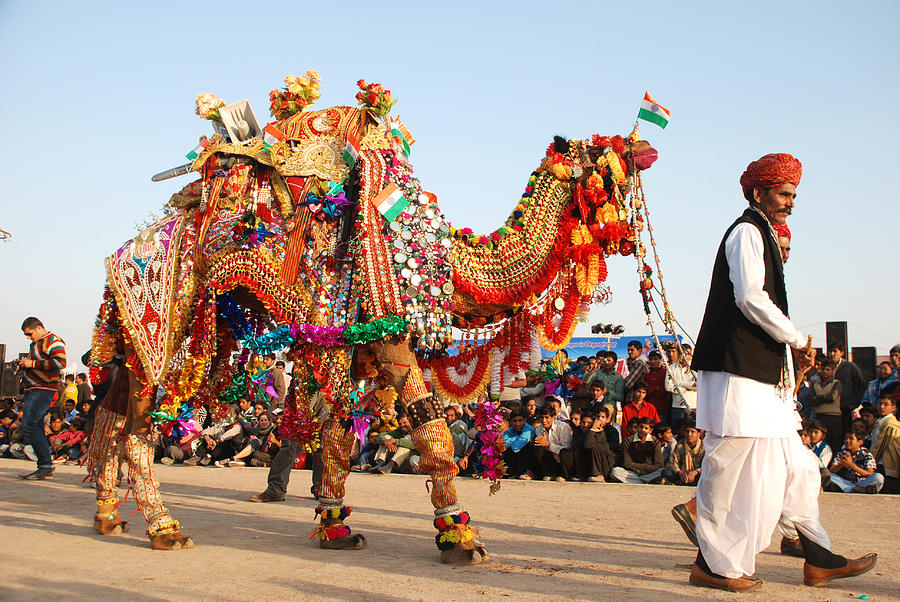 Bikaner Camel festival is a yearly event that is celebrated in the month of January in honor of the Ship of the Desert, Camel. Some events are deep rooted and some are just weird and this Camel festival is a bit weird, but deep rooted to the heritage and culture of the land. It is a charming fest showcasing the culture of Rajasthan in a subtle way and is also a great means to experience something that is raw and straight from the rustic village. Camel festival of Bikaner offers a great opportunity to the tourists to indulge in watching some unusual stunts and displays during the celebration.

Bikaner was founded in 1488 AD by Bika who was the son of Rao Jodha of Marwar. The desert surrounds this rich city and only few had the courage to visit this part of the globe. Since the era of the founder of the city, Bikaner is the only camel breeding region where these gentle beasts have been raised and have also been enrolled in the army. The camel corps also known as “Ganga Risala” has served in world wars and also in Indo Pak wars. The Indian army still maintains a regiment and these brave animals offer their loyal service in the Border Security Force.

The Camel has always been an integral part of the people of Rajasthan since time immemorial. To acknowledge the importance of this loyal and useful animal, the Camel festival of Bikaner is celebrated. This grand spectacle starts with a vibrant procession of bedecked camels that march against the red sandstone backdrop of the Junagarh Fort. The colorful and beautifully decorated camels fascinate the visitors with their grace and charm. 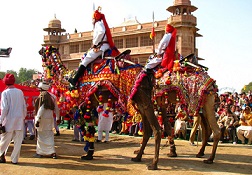 The festivity proceeds to the open sand spreads of the Polo Grounds that is followed by fur cutting designs, best breed competition, camel races, milking, and acrobatics and so on. Some unusual camel activities like camel dances, bumpy, neck shaking rides fascinate the people.

The animals also display amazing footwork and even dance gracefully to the slightest direction of the instructors. The trainers train the camels and present a fine synchronization of footwork leaving everyone almost breathless. To see the animals dancing is truly awesome and the camels on the golden sands of the desert against the setting sun make it a truly perfect picture moment.

The evenings usually end up with the folk dances and music of Rajasthan. No matter which part of the world you come from, the music is sure to cast a spell on you. You can enjoy the gypsy dance, awe inspiring skirt swirling dancers and other interesting performances that are really entertaining to the visitors. There is also a magnificent display of firework that illuminates the beautiful city of Bikaner. The celebration reaches the peak as popular artists display a medley of folk dances. The handicraft stalls are also great places to shop for souvenirs for your relatives and friends.

Bikaner Camel Festival 2016 will be organized from 22nd January and will last till 24th January. So prepare yourself to watch this spectacular event dedicated to this hardy animal without which life in the desert would have been difficult.