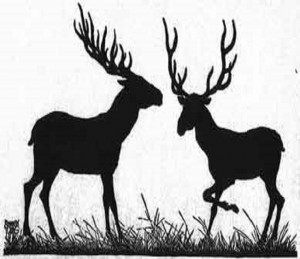 Long ago, on the outskirts of Benaras, there was a forest which was home to a stunning golden deer. He was known as the King Banyan Deer and he led a herd of five hundred deer. Somewhere near this herd, lived another herd of five hundred deer in the same forest, and was led by King Branch Deer. He was also a very beautiful deer with a coat of a shiny golden hue and glittering eyes.

At a nearby place, lived the King Brahmadatta of Benaras, outside this forest. The King loved eating meat, and wanted to savour it in every single meal. He was not only extremely fond of hunting, but also used to force his subjects to accompany him on his hunting spree every morning, leaving their own businesses and professions aside.

This became a regular activity. But the villagers were getting fed up of it as they wanted to do other things which, according to them, were much better and important than hunting. Due to the hunting activities of the King, their livelihoods were also being suffered. So, they decided to come up with a plan.

They thought about it for sometime and agreed to create a royal park by growing plants, sowing crops and digging water holes inside the park. They decided that once this gets done, they will then led a good number of deer into the park and close the gates. By doing this, they thought that they will put an end to the King’s hunting spree and they would be free from accompanying him to hunting everyday.

Thus, as decided, they first prepared a beautiful and huge royal park for the deer, and then deceived many deer into the park. The moment both the herds of King Banyan Deer and King Branch Deer entered the park, the villagers closed the gates and caught them all.

After that, they went to the King’s palace and told him that they have got a great number of deer for him ready in the royal park, and hence they will not be able to accompany him any longer on his hunts. The King got thrilled and went with them to have a look at the deer.

The moment he saw the two beautiful golden deer, he asked his men to spare their lives and that the rest of the deer should be brought to him on a daily basis. Thus, every day, the hunters will shoot arrows at the deer and took them to the King. On the shot of the arrows, the deer would go haywire and this used to result in a stampede. After observing this for a while, the King Banyan Deer and King Branch Deer thought to do something. They came up with a plan which can help in stopping the stampede, and thus, will help in avoiding torture and wounds that the deer had to face on a daily basis.

They decided to send one deer daily to the royal palace to be slaughtered and served to the King. The deal was to send one deer from one of the two herds on alternate days. This act continued for a few days, until one day when a young female deer who gave birth to a newborn baby was to be slaughtered. She belonged to the herd of King Branch Deer. Being a mother, she was worried about her child’s wellbeing once she will die. So, she pleaded her king to send someone else instead of her, until the time her baby grows up to take care of himself.

But, instead of sending someone else, the compassionate King Banyan Deer himself walked to the palace and put his head on the execution block. On seeing him, the royal cook got shocked and went to the King at once. 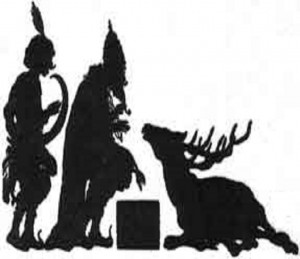 The King Banyan Deer thanked him for his great gesture and went back to the park thankfully and jubilantly. The King’s men then opened the gates of the royal park and all the deer were freed.

Thus, all of them then lived peacefully and happily forever.