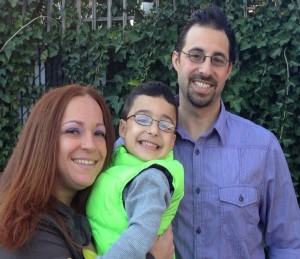 Being one of the most controversial issues of all times, international adoption is not something people give much preference to in India. The scarcity of children available for adoption in other countries has given a boost to adoption of Indian children by foreign nationals. But is it safe?

While many cases have been reported in the past wherein adopted children were given a safe and secure future in the foreign countries, yet there are many scenarios which can not be overlooked when it comes to the ill treatment of such children by those foreign nationals who claimed to provide them a better future. Cases of violence, domestic help, and even prostitution have been brought forward over the past many years. But this did not stop adoption of Indian children by the non-nationals.

Now, let’s have a look at the adoption agencies. Many of them are running merely to lure money from the foreign nationals in the name of maintenance charges and medical expenses for the adopted child. This not only gives a bad reputation to the country, but also resists many genuine people from adopting a child.

In order to set a procedure that saves all the parties involved in an international adoption from being tricked, the Supreme Court of India has laid down some guidelines which must be adhered to by the adoptive parents as well as the agencies. As per the Guardian and Wards Act, 1890, the adoptive parent will remain a guardian of the child under they reach the age of 18 years. However, the foreign national gets the custody of the child, who can be taken to their country of residence upon following the country’s laws regarding adoption.

Judging an applicant’s suitability for adoption

When it comes to adopting an Indian child, the application of the the foreign national should be sponsored by a Social or Child Welfare Agency licensed or recognised by that foreign government in which the adoptive parent resides. A professional social worker is then appointed by the agency to prepare a Home Study Report containing information about the applicant’s family history, educational background, marital status, health status, employment details, financial status, residential condition, information about the applicant’s other child/children (if any), as well as references. Assessing the applicant’s suitability for adoption is the responsibility of the agency. The agency needs to judge whether the child will be able to accommodate into a new environment with a new family having different cultural facets and in a different community.

All the necessary documents must be submitted along with the application, by the applicant. These comprise of income statements, income-tax returns, bank statements, marriage certificate, a recent family photograph, medical certificate, medical doctor, employment certificate, details of properties owned, and the rest.

Along with this, the applicant needs to provide a declaration of willingness. As per this declaration, the foreign national states the willingness to be appointed as the adopted child’s guardian. An undertaking stating that the foreigner will adopt the child as per the laws governed in their country of residence, also needs to be furnished. This declaration is required to be submitted within two years from the date of child’s arrival in the foreign country.

Another declaration that the applicant must make is regarding the maintenance of the child and the provision of necessary education and upbringing in accordance with the adoptive family’s financial status.

The foreign national is also required to sign an undertaking which should state that a progress report along with the photograph of the child will be send to the Indian agency and the court every month in the first year, quarterly in the second year, and semi yearly up to five years of adoption.

Additionally, the non-national also needs to sign a power of attorney in favour of an officer of the Social or Child Welfare Agency in India in order to let the officer follow up with the case.

All the aforementioned certificates and declarations along with other important documents should be appropriately notarized by a Notary Public. The notary’s signature also need to be duly attested either by an officer of the Ministry of External Affairs or Justice or Social Welfare of the resident country of the adoptive parent. In fact, an officer of the Indian Embassy or High Commission or Consulate in that particular country can also attest the notary’s signature.

It is important to understand the role of the Social and Child Welfare Agency when it comes to adoption of an Indian child by a foreign national.

The agency supporting the application of the non-national should certify that the applicant is eligible to adopt a child as per the laws of their country. The agency must ensure that the adoption procedure gets completed within a period of two years, in accordance to their country’s laws. As a matter of fact, once the adoption gets completed, the agency is responsible to send two certified copies of the adoption order to the Social and Child Welfare Agency in India which processed the application for guardianship. One of these copies should be filed in court and the other should be maintained for records by the Indian agency. Along with this, the agency sponsoring the guardianship is also responsible to send progress reports of the child to the Indian agency every year, as per the laws.

The role of the foreign agency is of paramount importance. This is because it also needs to undertake that in such a scenario wherein the adoptive family cannot continue with the adoption before the completing of the adoption procedure, it will take care of the child and will look for the most suitable alternative placement for the adopted child by taking the approval of the Indian agency.

Also, in case when the alternative placement becomes necessary, it should be duly reported to the court handling the guardianship proceedings and the requisite information should be passed on by the court and the Indian agency to the Secretary, Ministry of Social Welfare, Government of India, New Delhi.

As per the procedure for international adoption in India, the application for guardianship has to be made before the court of the District Judge within whose authority the Social and Welfare Child Agency in India that is processing the adoption application is situated. The application should then be filed by the Indian welfare agency or a person suitably approved by them.

Once this is done, then the court issues notices to the Indian Council for Child Welfare (ICCW) and the Indian Council for Social Welfare (ICSW) so that they can examine the guardianship application. These organizations are consulted so that a true and fair opinion about the guardianship application can be formed with respect to the child’s welfare by the non-national.

The court then hears all the concerned parties and observes the documents. Once the court is satisfied that the foreign national will be a good adoptive parent for the child, and the child will be able to accommodate within the family and the community of the foreign national, then the adoption procedure can be taken ahead.

When the court is satisfied on all these points, it then passes an order assigning the foreigner as the child’s guardian. The foreign national can then take the child with them to their country. The child’s photograph is attached to the order and counter-signed by the judge.

Some More Adoption Topics to Read: