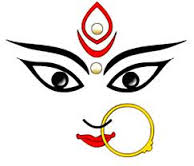 Being an epitome of Shakti, Goddess Durga is one of the most popular incarnations of Devi and the true exemplification of feminism. She is a personification of pure energy and is a fighter against the evil and wicked. Many parents prefer to keep baby girl names on Goddess Durga because of this reason.

Baby names inspired by Goddess Durga tend to create personalities that are blessed with bright minds and pure hearts and are representation of the feminine energy. So if you want to remain traditional and are looking for some baby girl names with meaning Goddess Durga, then we have a list of names below for you to choose from.