Hate Khori: The Beginning of the Learning Phase

Vasant Panchami also known as the day of Sarswati Puja where people worship Maa Sarswati on that day. This auspicious day marks the beginning of Basant (spring) and it is after the chilling winter that everyone waits for the celebration of Goddess Saraswati. This Hindu goddess of learning represents knowledge and culture and people worship to get enlightened with the knowledge and to get rid of ignorance. Traditionally, this festival is also celebrated to initiate education to children, which is known as Akshar abhyasam, Vidya arambham or Hate khori. 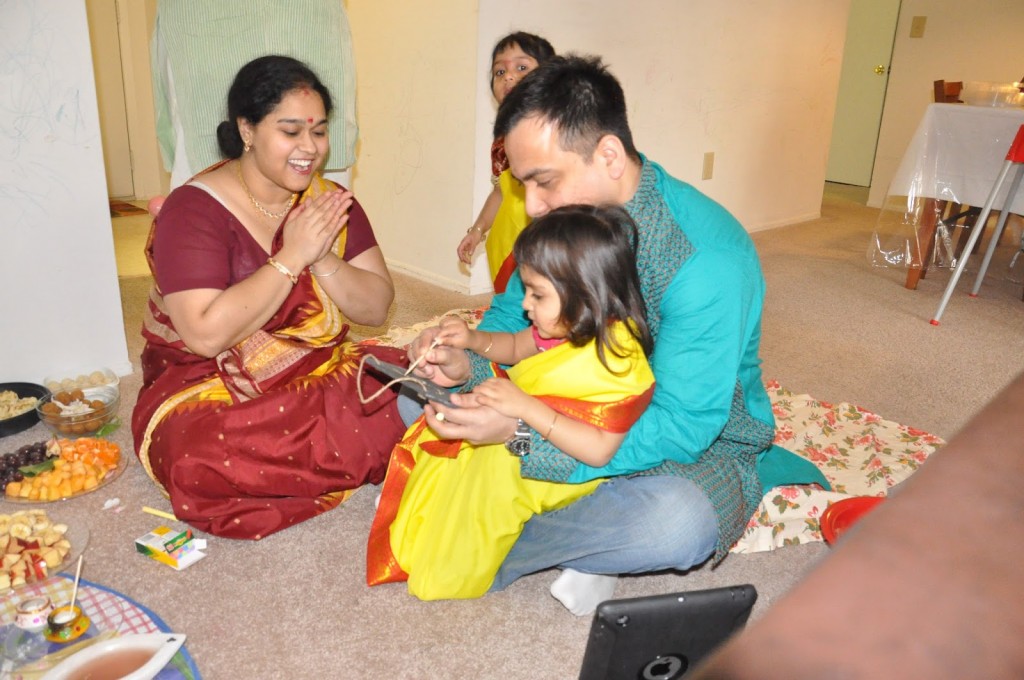 Preschool kids are given their first lesson on reading and writing. This is an important ritual for the Bengalis and it is popularly known as hate khori. This writing ceremony marks the beginning of the learning phase of their life.

During the hate khori ritual, young kids are given a bath early in the morning and turmeric is used on their forehead. They are traditionally dressed with dhoti and kurta and girls are made to wear yellow saree. The ceremony is either performed at house before goddess Saraswati or they are taken to a nearby temple where the puja is performed. A new slate and chalk is given to the child and the first letters are written on the slate taking the help of the priest or purohit 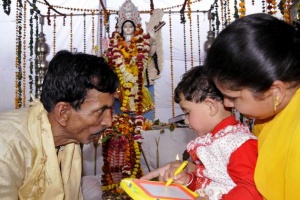 Earlier children were given special sticks made of bamboo to write, but now they use chalk and the purohit introduces the child to alphabets through the ritual. The purohit makes them write the spiritual word “OM” and the child seeks blessings from Goddess Saraswati. During the puja, yellow flower is used and special dishes that are of yellow color are offered to the goddess. Books, ink pots, musical instruments are placed near the goddess and after the ritual is completed, they are used again.

Since, Goddess Saraswati is considered to be pious and represents serenity, strictly vegetarian diet is served and no animal sacrifice is made. The worship is incomplete without palash flowers, plums, abhro, sandalwood paste, bel leaves and phaag. A special dish kooler chutni or plum jam is prepared and served. Saraswati puja hold a special significance in the Bengali culture and reflects their respect towards art, crafts and wisdom.