Chhath Puja: A Festival Dedicated to the Sun God

Chhath is a popular Hindu festival that is celebrated by the people of Bihar with great pomp and joy. This is a traditional festival that is dedicated to the God of energy and is also known as Surya Shashti or Dala Chhath. People in various states of the country celebrate this to seek blessings from Lord Surya and for the well being of the family. People of Bihar, Jharkhand, West Bengal Orissa, Asaam celebrate this festival where the ritual of Araghya is offered to the Sun God with great devotion. Many people also worship the Chhathi Maiya on this particular day. 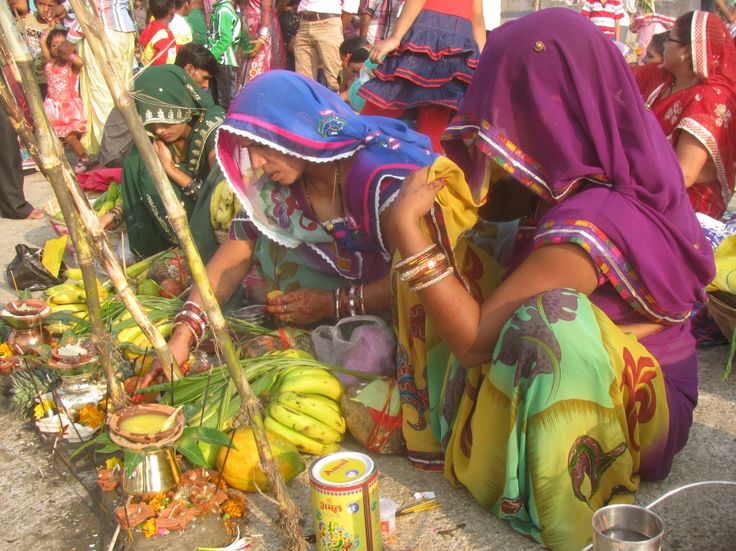 The history of Chhath puja:

This puja is believed to have been observed since the Vedic times. The word Chhath is made up of two words: Chah- meaning 6 stages and Hath means the science of Hath Yog. Both the words are combined to form Chhath, which means the process of gaining solar energy from the sun through six different stages. It is believed that the Rishis and Munis of ancient times used to observe fast and gain energy solely from the rays of the sun.

Even in Mahabharata, there is a reference to Draupadi worshipping the Sun God after seeing Pandavas in a difficult situation. It is through her dedication and worship rituals that she was able to solve the problems. It is also said that the son of Surya, Karna also performed the great ritual of Chhath before the great war of Kurukshetra.

The celebration of Chhath:

The rituals of this festival are performed by the riverside in which the Sun God is worshiped as it is believed that the Sun is the supreme energy that keeps the Earth moving. It is through the prayers that we thank the sun for giving us the energy of life. Devotees wake up early in the morning and take a holy bath and keep fast for the entire day. Many people do not even take water and keep standing in the water for a long period of time. The festival is usually celebrated for four days continuously:

Day 1: The first day of the festival is known as “Nahai Khai” meaning Bath and Eat. The devotees take a bath in the river Ganga and carry the holy water back home to cook their Prasad.

Day 2: The second day is known as the Kharna, which is a complete day fast without consuming water. The devotees end their fast after a puja is performed in the evening and they offer prasad that includes puris, rice kheer, chapattis and bananas. The prasad is also distributed among friends and family members.

Day 3: The third day is known as the Sandya Arghya and people observe a whole day fast without drinking water. The entire day is spent preparing the prasad that is kept in a tray made out of bamboo. The offerings include seasonal fruits, coconut, banana, thekua and etc. People assemble near the river banks in the evening and offer the Prasad to the setting sun.

Day 4: This is the last day of the festival and is known as Bihaniya Arghya. The devotees assemble on the bank of the river or pond and present offerings to the rising sun. They break their fast by eating ginger and sugar or other traditional items.

Chhath puja is a popular festival among the people of Bihar and it is a four day ritual of praying the Sun God.