Why doesn’t Frozen Food Get Spoiled?

When it comes to frozen food, one of the amazing aspects is that it does not decompose for a long time and can be easily preserved for many months to come. There is a remarkable story regarding the discovery of the method of preserving food with the help of low temperatures. It is believed that in 1978, some explorers from Norway camped at the mouth of the river Lena in northern Siberia. Unexpectedly, their dogs started barking loudly. The explorers came out of their camps to observe that the dogs were digging the snow. As they dug deeper, they found a huge body of a dead mammoth. The flesh was all dry. They slashed a piece out of the flesh and cooked it, which tasted just like fresh meat. The last of mammoths are believed to be died about 30, 000 years ago, so this was a great discovery for sure. It implied that food could be preserved over long periods. It is after this discovery that man started preserving food at low temperatures. 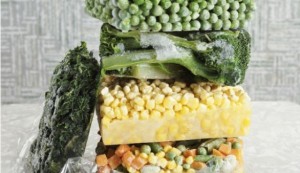 But why does food not get spoiled when stored at low temperatures? Food decomposes due to microscopic organisms called bacteria. The bacteria flourish and multiply extremely quickly and decompose the food. But at low temperatures, they become inactive and do not grow. Thus is the reason why frozen food can be preserved for a long time.

At the present time, there are various techniques which are being employed to preserve food materials. Out of these techniques, the cold storage and freezing of food stuffs are quite prominent. When it comes to the cold storage, then many factors should be considered such as the type of food, the storage temperature and the amount of moisture in the storage room. Cold storage temperatures vary from 1°C to 10°C. On the other hand, freezing is done with dry ice (solid carbon dioxide), liquid air or nitrogen. It does not destroy the nutritive value of foods, even though a few of the vitamins might be lost. 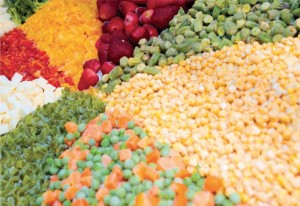 Domestic refrigerators are being excessively used as a method of food preservation. However, refrigerators do not have the ability to preserve food for a long period. By making use of several low temperature techniques, huge amounts of ice cream, frozen meat, fish, fruit and vegetables are being imported and exported across the world each year.