Why Netherlands is called Land of Windmills?

Windmills are those machines that make use of the wind energy to perform useful work. They are being used in Asia since as early as 600 A.D, and touched Europe in the 12th century. Initially, windmills used to have a wheel with long sails which was fixed to a tower. The entire tower could turn to face the wind. As and when the wind turned the sails, the turning wheel used to move the inside machinery of the mill. This machinery was also used to do other work besides turning the mill such as pumping water from wells, and the rest. These days, scientists are working towards generating such windmills that help in producing electricity. 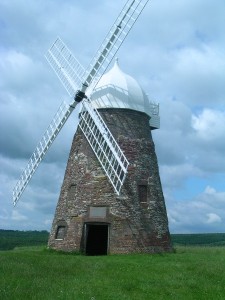 Netherlands, also known as the Land of Windmills, is named so because of the large number of windmills that it has. In Netherlands, most of the land lies below the sea level. With the help of windmills water is pumped into the canals from the low-lying areas which are full of water. At the present time, though, more and more electric pumps are also being used for the purpose of pumping water to the low-lying areas. With the coming of the windmills in Europe in the 12th century, Netherlands and Germany were the regions that used them maximum. The German windmills produced horse power having the range from two to eight, and the Dutch windmills generated six to fourteen horse power. In the 17th century, Netherlands had as many as 8,000 windmills. In the 19th century, Australia and the USA also begin using windmills for the pumping of water.

With the discovery of electricity, windmills lost their popularity. But the recent emphasis on developing alternative source of energy, has given windmills their popularity back in a great way. At the present time, windmills (which are often known as Wind Turbines) are typically fitted on towers that are made of steel girders and are being used extensively for the generation of electricity.