Baby and Toddler Tantrums – Understanding and Ways to Deal 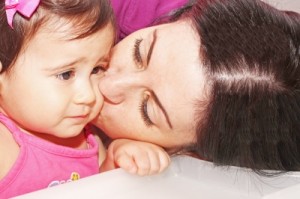 Baby tantrums are the emotional equivalent of a blown fuse or a summer storm- sudden and sometimes fierce. It is often spiked with fear and anxiety which makes it difficult for parents, especially mother’s to deal with. A toddler is often filled with so much of frustration that only an explosion can release it and this result into irritabilities or tantrums.

You might find it hard to deal with your kids when they suffer from such irritabilities. But, remember that these outbursts are worse for them and you being a parent must find ways to deal with it. Many a times, the outburst may strike much faster and sudden than you would really expect it to be. However, you need to control your temper at such moments, no matter how unpleasant it is for you and must try to deal with it.

Now, when we talk about baby tantrums, you can’t generalize it as different types need different strategies to control it. Therefore, to understand this challenge better, an awareness of its types is something you can’t deny.

Have you ever ignored the fact that tiredness can cause irritabilities in your children? If yes, then it’s time to take this with utmost seriousness and sincerity. Tired kids are more likely to behave badly, kick, scream and get upset. This common tantrum needs nothing but some rest. May be a good nap can cure this frightful situation.

The ‘got told no’ tantrum

Nothing more than a ‘no’ can cause bad temper in your kid. If you’re a mum, then this is something that you’ve always noticed in your child. Saying no to anything whether it’s a toy or chocolate at the store, an extra snack at the bed time or a movie that your child is not old enough for, can trigger the irritability in your kid.
However, this doesn’t at all mean that you should allow everything that your children wish for, but try to divert their mind from such situations.

Many a times you might have noticed your children screaming or shouting when taken to a crowded place. This might make you lose your temper, however, make sure that you don’t. This is another type of situation that may possibly cause tantrums in your child. They may not like to be overcrowded with people, most of which may be unknown faces.

This is more likely to occur when your kids aren’t paid enough attention and they find you distracted. They always want their parents to be attentive to them and respond to their every single act or query. However, when they find that you’re not paying enough attention to them, they try to let you understand how unacceptable it through their bad temper.

This is something you must feel sad about as sickness is a decent reason to be moody. It is a situation you need to deal carefully and sympathetically with.

Apart from all the above types, there is yet another type whose reason is yet identified. This falls in the surprise category as it comes out of nowhere. However, you must assure that you handle such situation tactfully as it can be nerve-wracking.

• Remember you’re an adult and don’t lose your temper

To be prepared for the worse, it is better for you to know that your kid’s repertoire of bad temper may include hitting, throwing things and holding the breath to the point of turning blue. But be assured, that you controlling yourself at such situations will make the otherwise terrifying situation easier for you to handle.

Don’t forget that you’re an adult and you need to control your temper as your kid will not listen and will respond only negatively to your yelling and threatening at the moment.

• Understand your child’s situation and try to divert their attention

The situation your baby is in is worse than your own situation. Try to understand this and make use of every possible way to divert their attention from the cause that is resulting into irritabilities. Reward them for their positive attention and deeds to help them work and grow better avoiding bad temper.

• Talk to them or give them better way to express themselves

Try to find out what is worrying them and make them realize that you love them but not their behavior. You can find some other big and better space such as a park and help them express their feelings better or vent out their frustrations. Letting your kid know that you recognize their feelings will help him express better without harming themselves or anyone else.

Children often feel frustrated about things that they can’t do anything about. These frustrations come out as an unplanned display of anger as tantrums. Therefore, the first step in handling such situations is to understand the cause and then act accordingly.