Sri Krishna Janmasthami 2021: Here is Everything You Need to Know

India is a land of diversity where different festivals are celebrated with great enthusiasm. One of the most important festivals is Janmashtami, which is celebrated as the birth anniversary of the Lord Krishna. It is usually celebrated on the eighth day of the dark fortnight in Bhadrapada month (July-August) all across the India.

As per the Hindu Mythology, Krishna who was considered as the incarnation of the Lord Vishnu was born to kill the demon king of Mathura, Kansa (sibling of Krishna’s mother Devaki). 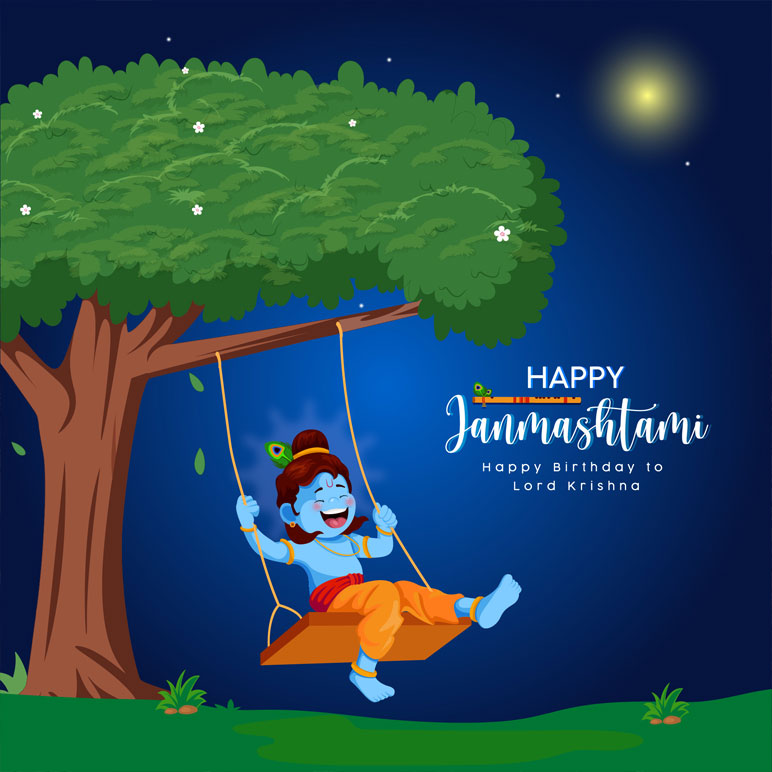 On hearing this, he becomes apprehensive, and imprisoned them and vowed to kill all their children. He got successful in killing their six babies. When the eighth child was born, the entire kingdom fell asleep. Vasudeva rescued the baby handing him to Nand Baba and Yashoda in Vrindavan.

To ensure that Kansa wouldn’t able to find the eighth child, the couple gave them a baby girl in return. In an attempt to kill her, the baby got transformed into Goddess Durga. She warned him to stop his evil deeds.

When Krishna grew up in Vrindavan, he learnt about all the situation and went to Mathura where killed Kansa, and reunited with his parents, Devaki and Vasudeva.

On the occasion of Janmasthami, all the temples in Mathura and Vrindavan are decorated beautifully with flowers and other decorative items. People make the idol of baby Krishna bath, and put it in in the cradle for the celebrations.

The worshippers of Krishna also do stage performances to depict his life incidents and show the special bond with Radha which is also called Raslila.

During the childhood days, Krishna was known for his mischievous activities and steals butter from the earthen pots. This is why people of Maharashtra play Dahi Handi every year on Janmashtami.

No doubt, the COVID-19 pandemic has transformed the way we used to celebrate our major festivals like Krishna Janmashtami. Earlier, people used to visit the temples to seek blessings of Lord Krishna on Janmashtami. But, due to the rising cases of corona, they couldn’t do it anymore. This year, it will be celebrated on 30th August and will take a virtual route with few relaxations.