Baisakhi Festival: A Harvest, Religious and New Year Celebration All In One

The northern part of India celebrates various festivals throughout the year and every region has their own cultures and traditions to follow. Baisakhi is a mega event that is celebrated in various states, especially in Punjab and Haryana. It is a harvest festival, a religious festival and also a new year’s day that is rolled into one. It is in the month of April that this particular day marks the beginning of the Hindu New Year and for the Sikh community, it holds a special meaning as they consider it to be the day when their last Guru, Guru Gobind Singh laid the foundation of Khalsa and established that all human beings are equal. 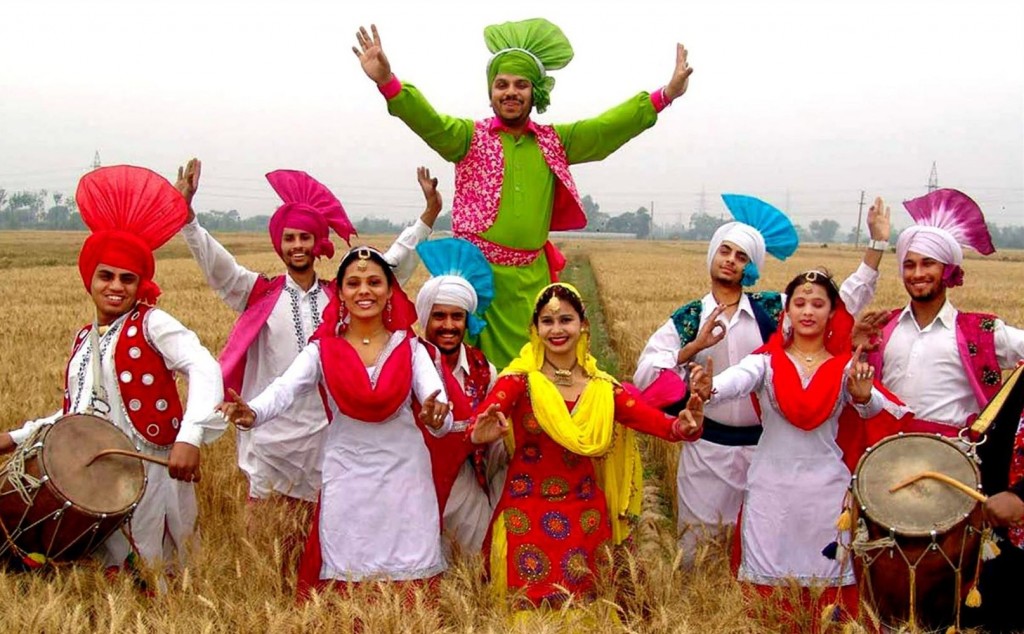 Baisakhi is celebrated on 14th or 15th of April every year and it is also the founding of the Khalsa Panth. The story of the festival began when Guru Teg Bahadur who was publicly beheaded by the Mughal ruler Aurungzeb who wanted to spread Islam in India. The history of this day goes back to 1699 when Guru Gobind Singh, the tenth Sikh guru formed the Khalsa- the brotherhood of saint soldiers to fight back oppression and tyranny. Sikhs celebrate this day of their religion and take an early bath and wear new clothes and visit the Gurudwara where they sing special religious songs.

The festival of Baisakhi is celebrated with great enthusiasm in the state of Punjab to mark the harvest of the Rabi crops. Farmers celebrate this day with all eagerness and rejoice about the harvested crops. In the morning, they take a bath and visit the gurudwara where the Granth Sahib is bathed with milk and water and placed on a throne and read. Kada Prasad is distributed to all and various communities also arrange langar where lunch is prepared and served to all by volunteers. 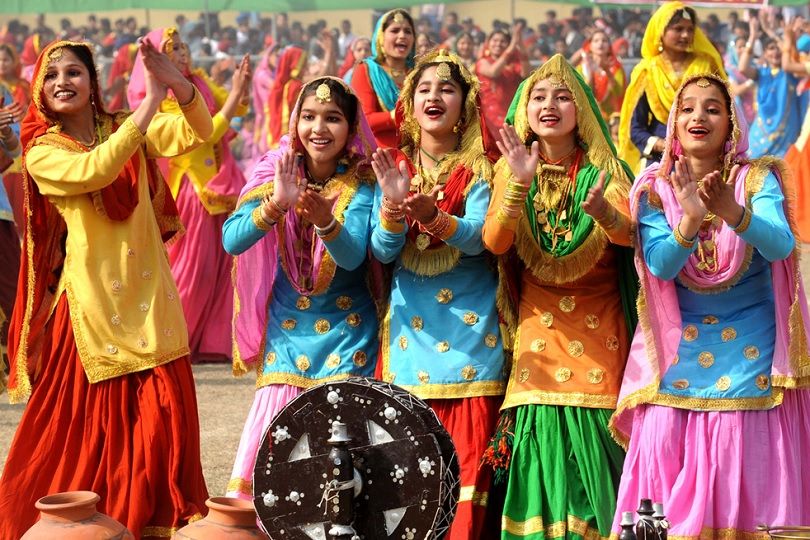 Baisakhi celebrations include lots of religious activities and the main part is dancing and merrymaking. It is the time for the farmers to enjoy the fruits of their hard work.  They wear colorful dresses and perform their traditional dances called the Bhangra and gidda. People also exchange gifts on this day to show their love and care to relatives and friends.

In the evening processions are taken out where men, women and children participate with great enthusiasm. Music bands play religious tunes and people sing and dance to the tunes. The procession moves through various localities spreading the words of happiness. Baisakhi mela is also organized in many villages in Punjab and there are various things to enjoy like swings, spicy food items, toys and even cultural programs. The celebration is all about music making, dancing, feasting, blossoming flowers and newly harvested crops.

Baisakhi in other states of India:

Today, in our secular country, Baisakhi is no more considered as the festival of only the Sikhs in Punjab, but it is also celebrated by people of different states and religions. Besides Punjab, this is also celebrated by the people of West Bengal as it is their Naba Barsha or New Year and on this day Bengalis visit the temples and perform puja for the wellbeing of their family members. It is considered as an auspicious day to start any new work.

Kerela celebrates this day as Vishu. They wear new clothes and display Vishu Kani, which is an arrangement of flowers, gold, grains, money and etc. It is viewed early in the morning to ensure a prosperous new year.

The state of Assam also celebrates this day as Rongali Bihu and the entire community organizes feasts, dance and signing programs. The festival of Baisakhi holds great significance as it allows people to meet others forgetting their rivalry or any other differences.