Test Tube Baby or In Vitro Fertilization: A Boon For Infertile Couples

Gone are the days when having a child was not possible for infertile couples. With the development of technology and the wonders of science, having a child is not impossible at present. 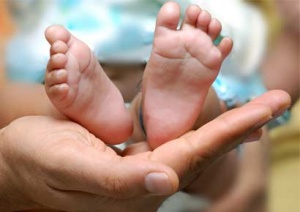 Test Tube Baby, also known as In Vitro Fertilization (IVF), has become a common option adopted by many couples in this day and age. Through this medical procedure, a child is conceived outside the woman’s body. As the egg is fertilised by sperm outside the body, this is the reason why the procedure is called ‘in vitro’ which means ‘in glass’.

The process involves the removal of ovum or ova (egg or eggs) from the woman’s ovaries and incubating them with sperm from the male partner by fertilising them in a liquid in a laboratory. The fertilised egg (zygote) is then cultured for around a week or for lesser number of days, and is later implanted in the same or another woman’s uterus, to let it develop and grow naturally.

In Vitro Fertilisation in India

On August 6, 1986, approximately 28 years ago, Dr Indira Hinduja gave the biggest gift for many childless couples, by delivering the first test-tube baby in the country – Harsha Chevda. In Mumbai’s KEM hospital, Mani Chavda gave birth to this first test tube baby of the nation.

Dr Indira has been nothing less than an angel for Mani Chavda. A truly legendary doctor that India is proud to have, she has conducted years of research in IVF and embryo transfer to successfully begin this procedure in the country.

Since then, many clinics have been opened all across the country, helping thousands of infertile couples to experience the beautiful feeling of being called ‘parents’.

Advantages of the IVF procedure

There are several advantages that an IVF procedure brings in for the childless couples. Some of these benefits are:

Some other options for childless couples to experience parenthood

Listed below are some more options, other than the IVF, which couples can go for if they are facing difficulties to conceive a child naturally. In fact, some of these procedures can also be adopted along with IVF so that a healthy pregnancy can take place.