The Measure of Rice 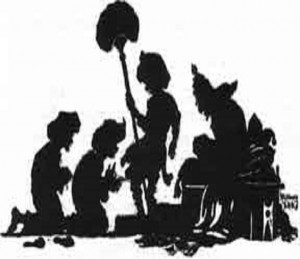 Long ago, there was a dishonest king who had an honest valuer in his court. The valuer used to set prices for horses, elephants, jewellery, gold and the rest. Being an honest man, the valuer set only the proper and accurate price to the owners of the goods. This was something that the king disliked as he wanted to get more benefits from the deals that were made in the court. So, he thought to have another valuer who could help him gain more riches.

Days gradually passed, and one day the king saw an unwise and miserly peasant visiting the palace yard. The king took no time and sent a message to the peasant, asking him if he would like to be the valuer. The peasant readily agreed and so, he held the position of the valuer. Meanwhile, the honest valuer was sent to a far off place, away from the palace.

The peasant then started setting prices on all the commodities, without knowing their values. So, he chose any price for the goods. Now, as the king had made the peasant the valuer, so the people had to agree to the prices set by him.

After handing over the horses, the horse-dealer then went to see the honest man who was the previous valuer and told him about the incident that took place in the court. He asked the honest man what should he do.

The honest man advised that the horse dealer should go to the peasant and give him a present, asking him, what is a measure of rice worth of? Also, he should ask him if he could value that while standing in the court itself? He advised that if the peasant agrees, then take him to the king and he will also accompany them.

The horse-dealer did as suggested by the honest valuer and took a fine present to the peasant, and asked him whatever the honest valuer had advised. The peasant accepted the present and agreed to go before the king and inform everyone about the worth of a measure of rice.

Consequently, they went before the king, where all the ministers were present. The horse-dealer bowed before the king and said that he has understood the value of five hundred horses, but will the king be pleased if he would ask the valuer what is the value of the measure of rice?

The kind asked the valuer, what are five hundred horses worth? The valuer replied instantly, “O King! They are worth a measure of rice!”

The king then asked what is the measure of rice worth then?

The unwise peasant replied hastily that the measure of rice is worth the king’s whole city.

Hearing this, all the ministers who were present in the court started laughing and said that if the valuer was so foolish, then how can he even hold the position of a valuer. They made fun of the peasant saying that according to them, the city was beyond price, but the valuer suggests it to be worth of just a measure of rice!

On witnessing all this, the king felt ashamed, and asked his men to take the foolish fellow away.

The valuer ran away saying that he was just trying to please the king by setting a low price on the horses, and this is where his fate brought him!