TV Serials and Its Effects on the Indian Housewives

With the advent of modern communication technology that has enabled people all over the globe to communicate easily, the world also has become a smaller place. Broadcasting has become a special means through which millions of people are now able to become unified and spread a particular message. Earlier people used to visit their relatives or friends during any holidays, but today things have changed and television programs have become a highly influential medium that people remain hooked to. The daily soap Hindi serials are very popular and everyone watches one or the other anytime of the day. 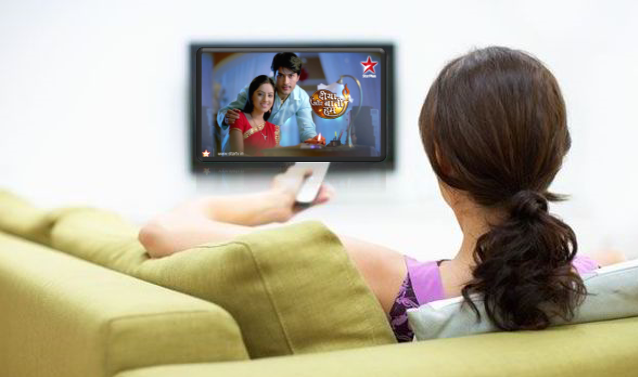 For most typical Indian women, there is nothing better than watching the family dramas on the small screen. Serials like ‘Kyunki Saas Bhi Kabhi Bahu Thi” ran for almost a decade and captivated the entire women population. The daily serials are so popular they have become a big topic of discussion during kitty parties or tea time gossips. Now the question arises about the impact of TV serials on Indian women.

There are many serials that show women plotting against their family members and in order to increase the TRP of such serials, the creative directors broadcast loads of negativity that is affecting the nature and mentality of Indian housewives. Except from some periodic serials or some traditional ones that are related to Indian culture, most of the serials are causing a negative effect on the Indian families.

Let’s take a deep look at the impact of TV serials on Indian housewives:

Sex appeal and physical beauty: Most serials depict Indian women idealizing their beauty and figure, giving an impression that a woman’s value is based on their appearance and beauty is everything to derive popularity. This has in fact made housewives more conscious of their beauty and more and more women are visiting the parlors and going for cosmetic surgery in order to become popular among their friend circle.

Excessive partying and materialism: Another common value that is perpetuated by TV serials includes materialism and hard partying and celebrity lifestyle without regard for consequences. Spending a lot of money on parties and wearing designer clothes similar to those worn by the actors in the serials have become very common among housewives. Women start to believe in materialistic pleasures and the result is choosing the wrong path in life.

Aggression: TV serials also have another effect on Indian women. Those who watch serials that show family members planning against their near and dear ones have a great negative impact on the housewives. Many serials reveal inappropriate behavior with family members, back-stabbing one another and women watching them often behave like that and try to follow the serials without thinking about the negative impacts.

Unrealistic roles: Most of the commercial serials and soaps in Indian television project women in an unrealistic, unworthy and garish role with majority of them projecting stereotypical, Indian family settings. Women are portrayed as typical and ideal bahus who have no knowledge of the outside world and are only concerned about the happiness of their family. The storylines often portray a wrong message about working women either as scheming or bullying. Women who remain glued and hooked to these daily doses of sheer distortion have a negative impact in their life.

There are various other things that are of great importance in the serials and can have a positive impact on housewives. Serials like “Mahabharat”, “Ramayan” on any other serials that create awareness in women about the present life and advancements in technology are of great values to all of us.

Well the only point is that if the serials are not solving the purpose of bringing the reality of life before us then what is the point of making these insensible stories that help us choose the wrong path? So, Indian housewives should learn not to accept what is portrayed on the TV serials as the truth, but consider things more critically and free themselves from the influences of the TV soaps.

Watching TV serials are the only interesting activity that Indian housewives love to do when they are alone at home or after completing their household chores. But today’s serials have a negative effect on women rather than anything positive as they depict unrealistic characters, materialism, physical beauty and at times poor behavior.